These stunning apartments will be delivered with a contemporary finish and are within easy reach of Liverpool's vibrant city centre that boasts a diverse mix of bars, restaurants, theatres and shopping centres to suit everyone.

The Fabric District can trace its roots back to the early 19th century with many fabric manufacturing and retail businesses setting up in the area. It was one of the most densely populated neighbourhoods of the city and a tight community was formed with people from all walks of life.

The Fabric Village will breathe a new life into the area and revitalise this enclave of Liverpool City Centre, bringing back the tight-knit community that makes the area unique.

Investment - This will change the fundamentals, and allow your capital to grow.

Economy & Employment - Jobs and the general economy will give you the confidence needed.

Liverpool is transforming and evolving. With over 270 major new projects planned and £14 billion worth of schemes in the pipeline, the city is set for an ambitious makeover. The development and regeneration projects that cover all aspects including commercial, residential, infrastructural and leisure will redefine Liverpool’s economy over the coming years.
It’s home to around 294,200 businesses with access to close to six million customers.
Economic output per job in advanced manufacturing is estimated at 7% higher than the UK average, and the sector in Liverpool is expected to grow a further 22% over the next 10 years, compared to 19% nationally.
Liverpool is home to a number of national and international companies, including:
●Dong Energy
● General Motors
● Jaguar Land Rover
● Maersk
● QVC
● Unilever
and many more. In 2016, Barclays announced it would invest £15m into the city, creating 300 jobs.
Liverpool is home to the International Business Festival.
Confidence in Liverpool is booming. The developments will breathe new life into Liverpool and boost its economy, offering the perfect environment for business as well as a compelling offer for investors.
Tourism is also a major player in the city's economy. The Echo Arena, Liverpool’s famous football teams Liverpool FC and Everton, the Beatles tourist spots, and the city’s ranking as one of the best cities to visit in the UK, earn the city approximately £1.3bn a year through tourism.
Let's not forget that Liverpool is famously known first and foremost as a port city. The city holds the UK headquarters of several shipping lines like Maersk, NYK, and ACL. With the Liverpool Superport project and the redevelopment of Liverpool's northern dock system, the port industry of the city projects around £5bn worth of investments and over 17,000 new jobs over the course of 50 years.

Transport - The best transport links are always the most desirable characteristics.

By Air: Liverpool’s John Lennon Airport offers services to 68 destinations in the UK and Europe. Liverpool is also a 30 min train ride away from Manchester’s International Airport, which offers services to over 225 destinations around the world. Manchester Airport is around 45 minutes by car or 1h 9 mins by public transport.
By Rail: The city's main train station, Lime Street Station, is just 10 minutes walk from the Fabric Village. The station can take you to London in just 2 hours and provides direct rail links to major cities like Manchester, Birmingham, Leeds and Sheffield.
By Road: The M62 motorway is Liverpool’s main connection to other major cities in the UK. The M62 also provides connection to the M1 and M6 to connect to distant cities such as Birmingham, London, and Nottingham.
By Bus: Ferry services across the Irish Sea to destinations such as Belfast, Isle of Man, and Dublin can be accessed through the Port of Liverpool through services provided by companies like Stena Line and P&O Ferries.

Education - Families are drawn to the areas with the best education facilities.

Liverpool has 133 primary schools, 46 secondary schools, four preparatory schools, six special and alternative schools and two senior and all through schools.
As one of the world's most vibrant and multicultural cities, Liverpool is attracting students from all over the world with its world-class research facilities and dynamic social life. In 2014-15, the net inflow of students to Liverpool was close to 25,000 one of the highest across all UK cities, topping London and Manchester.
With an impresive student population of over 50,000 Liverpool is home to renowned institutes of higher education such as University of Liverpool, John Moores University, Liverpool Hope University and Liverpool Institute of Performing Arts.
Not only is Liverpool a popular destination to pursue a quality education, it is also a cradle for innovation, medical research, music and arts. With an excellent and ever-improving graduate retention rate, the Knowledge Quarter offers its university graduates an abundance of employment opportunities to stay and embark on their career in the city.
The Knowledge Quarter is one of Liverpool's five Mayoral Development Zones that demonstrate the city's long term strategic, political and financial commitment in attracting both local and external investment
It boasts one of the largest bio-manufacturing clusters in the world, with 3 major universities specialising in health and life science research. Some of the of the other world-renowned institutes include Liverpol Science Park, the Liverpool Bio Innovation Hub, Liverpool Life Sciences Accelerator and Sensor City. The area supports 20% of the Liverpool City Region's workforce and delivers products and services worth in excess of £1.5bn per annum, contributing over £300m in GVA to the local economy.

Shopping & Leisure - Readily available leisure facilities is so important to the fundamentals.

As the birthplace of the iconic band, The Beatles, Liverpool was named European Capital of Culture in 2008. The city boasts an abundance of boutiques, international brand hotels, restaurants, trendy wine bars, as well as a variety of museums, galleries and theatres.
The city is also home to Liverpool ONE, the £1 billion shopping and leisure destination and the largest open-air shopping centre in the UK. Whether you want to have some retail therapy, grab a bite, or treat yourself to a cocktail in a lively bar, there is always something suitable for you on offer.
Leisure: With over thirty sports and leisure centres, there is something for every sports enthusiast. For the less energetic there are castles, museums, galleries and plenty of historical houses and gardens.
Sport & Culture: Liverpool FC and Everton FC are known to many football fans worldwide as two of the most successful teams in England, as such, it draws quite a bit of tourism from football matches.
The city offers a rich and diverse music scene and plenty of venues to experience performances firsthand. The Royal Liverpool Philharmonic offers performances by its own orchestra, as well as world music, opera and contemporary music.
The area is within the Knowledge Quarter Mayoral Development Zone and the Liverpool City Enterprise Zone. It also sits immediately next to parts of Liverpool’s World Heritage Site and straddles the World Heritage Site Buffer Zone along its southern edge.
As a result of the areas proximity to the city centre and its new popularity - fuelled by a blossoming creative and digital sector, it has attracted significant levels of development.
Green Spaces: Sefton Park is a Grade I historic park and one of the biggest and most beautiful parks in the city, with 235 acres of green spaces, facilities, and attractions. Liverpool also has 43 outdoor playgrounds for children of all ages around the city.
"Liverpool is an economic Powerhouse in its own right"
We’ve been waiting for the right moment to start investing in Liverpool, and this is it. To say regeneration here is large-scale is an understatement, with thousands of homes, retail units, commercial spaces and employment opportunities being created across the city.
Liverpool already has a strong local economy, one of the strongest in the country in fact, thanks to a growing tourism industry and being the home of several national and multinational companies.
In addition, Liverpool has three universities and a nationally renowned performing arts school, as well as one of the most prominent football clubs in the country. It’s no wonder private investors are pouring money into the city.
And now’s your chance! Don’t miss out on this fantastic development. Call your Property Consultant for more information.
Brett Alegre-Wood Head of Property Sourcing 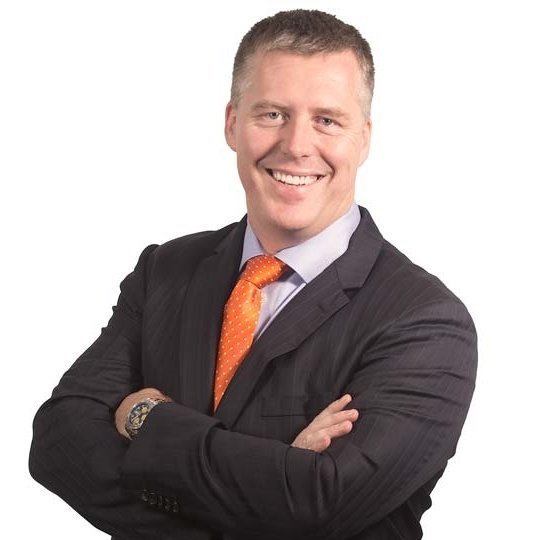 YOU NEED TO REGISTER OR LOGIN FOR MORE INFO.

These stunning apartments will be delivered with a contemporary finish and are within easy reach of Liverpool's vibrant city centre that boasts a diverse mix of bars, restaurants, theatres and shopping centres to suit everyone.

The Fabric District can trace its roots back to the early 19th century with many fabric manufacturing and retail businesses setting up in the area. It was one of the most densely populated neighbourhoods of the city and a tight community was formed with people from all walks of life.

The Fabric Village will breathe a new life into the area and revitalise this enclave of Liverpool City Centre, bringing back the tight-knit community that makes the area unique.

We do not provide mortgages or financial advice. Our mortgage calculator provides an illustration of possible monthly mortgage repayments. However, lenders have different lending criteria and different ways of calculating repayments. We recommend that you (i) obtain specialist financial advice on the type of mortgage most suitable for you and your individual circumstances; and (ii) obtain precise figures from your lender before committing to any mortgage. Please note that this calculator makes a number of assumptions in order to provide a quick guide. For example, it assumes that the interest rate on your mortgage will stay the same over the entire term.

Let Us Handle Everything From Reservation to Completion and Beyond

Return to Properties Page
Property Particulars Disclaimer
Property particulars as supplied by Gladfish Property Investment Ltd are set out as a general outline in accordance with the Consumer Protection from Unfair Trading Regulations 2008, which implement the EU Unfair Commercial Practices Directive. only for the guidance of intending purchasers or lessees, and do not constitute any part of an offer or contract. Details are given without any responsibility, and any intending purchasers, lessees or third parties should not rely on them as statements or representations of fact, but must satisfy themselves by inspection or otherwise as to the correctness of each of them. We have not carried out a structural survey and the services, appliances and specific fittings have not been tested. All photographs, measurements, floor plans and distances referred to are given as a guide only and should not be relied upon for the purchase of carpets or any other fixtures of fittings. Gardens, roof terraces, balconies and communal gardens as well as tenure and lease details cannot have their accuracy guaranteed for the intending purchasers, Lease details, service ground rent (where applicable) are given as a guide only and should be checked and confirmed by your solicitor prior to exchange of contracts. No person in the employment of Gladfish Property Investment Ltd has any authority to make any representation or warranty whatever in relation to this property. Purchase prices, rents or other prices quoted are correct at the date of publication and unless otherwise stated, exclusive of VAT.