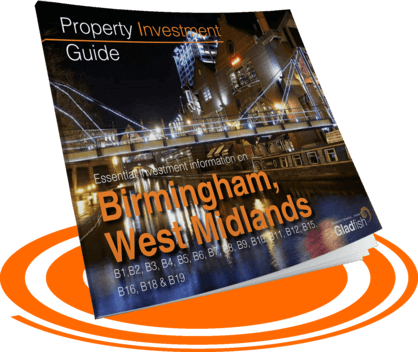 For property investors who are researching Birmingham property and want to know the facts before investing.

It’s simple with our hotspots Algorithm.

We research 108 data points across 324 UK areas and rank their investment potential using our unique hotspot algorithm. We then publish our Property Investment Guides which you can download to help you on your way. 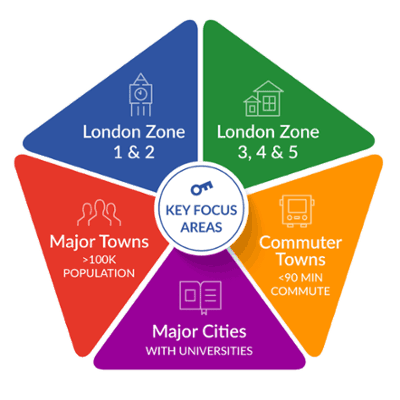 Since 2004, over 200 of the top national, regional and local developers and agents use Gladfish as their first point of call for new-build and off-plan property sales. 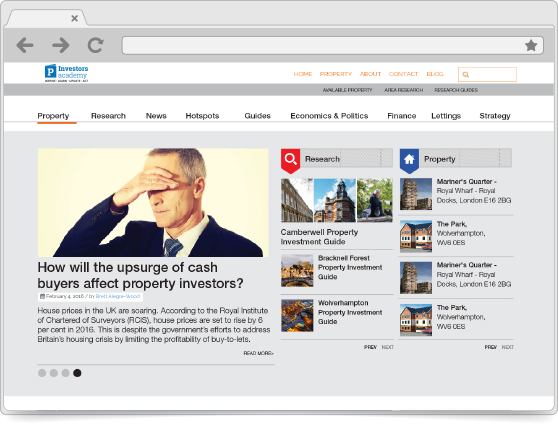 Property education without the sales pitch!

We believe education should be free. No sales pitch, no complex property dogma - just everything explained in the simplest of terms allowing you to tap into decades of knowledge and experience grounded in proven laws, principles, strategies, structures and advice. 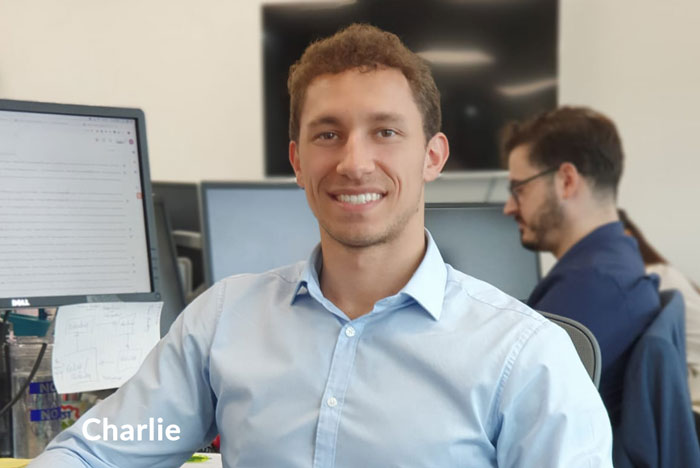 Simple… with our Online & 121 Dedicated Support. Everything you need to beat the emotions and the market.

As Britain’s second biggest city, (sorry Manchester!) Birmingham consistently holds the record for the second most business start-ups in the UK. In fact Birmingham comes second to London in most areas including, population size and GDP.

The one area it’s not second in is house prices. Birmingham is nowhere near as expensive as London or the surrounding areas.Then there’s a total of six universities in the city.

All those students taking up the lower end of the rental market, is great news if you want to supply a better quality property to a more affluent tenant."

Gladfish are an absolute pleasure to work with

Gladfish are an absolute pleasure to work with on all fronts. Professional and rapid with their approach. I highly recommend them!

Has always been quick and responsive

I have worked alongside Helen for almost two years now, she is a delight to work with. Helen has always been quick and responsive when it comes to communication and admin work. Not only does Helen have a welcoming friendly and personality, she works hard to help others. I look forward to continue working alongside Helen, keep it up!

Sharon has been a great person to deal with throughout the purchasing process, and I would thoroughly recommend her and Ezytrac to anyone looking for these types of services. 5 stars, thanks again Sharon!

Gladfish prides itself as a company that prioritizes customer satisfaction. The team totally embodies this principle. Completely professional in their manner, open to and approachable for discussion and always available should any questions arise. A perfect example of why Gladfish has the great reputation it does.

Best options to invest in property

Great experience all around with the team at Gladfish, in particular, Dan Varnaseri and James Cox. Patient and Professional despite my own ever-changing circumstances. I wouldn't hesitate in recommending.

Introduced to the team by Neelam, who was professional at the outset. I didn’t feel pressured. I was invited to their London office and got to meet the Associate Director Dan, who was fantastic in giving an overview of the property cycle ..... coming up with a clear strategy based on personal need and financial circumstances. Their upfront sourcing fee does seem expensive but it’s easily offset by the discounts and expertise they bring to the table. I found Gladfish as a professional outfit and worth my long trip from North to London and now find myself as a keenly interested property investor.