Expert predictions that were cataclysmically wrong

Hands up if you remember the nightmare of the Y2K, Millenium bug. Let me refresh your memory…

As the new millennium approached, computer geeks around the world warned that a huge problem existed. They told us that the change from 1999 to 2000 would cause the computerised world to fall into oblivion.

Some of the predictions at the time included:

Businesses and governments spent tens of billions on protective measures and hiring extra staff at extortionate rates over the New Year celebrations. The new millennium came and went without as much as a single computerised whimper.

James Glassman and Kevin Hassett published a book at the height of the dotcom boom in 1999, predicting the Dow Jones would run up to 36,000 within a few years from its then level of 16,300. It never did.

Meanwhile, in 2011, Harry Dent (who in 1998 predicted the Down Jones would reach 35,000) predicted that the Dow Jones would crash to 3,800 in 2013. Both books in which he made those forecasts – The Roaring 2000s: Building the Wealth and Lifestyle You Desire in the Greatest Boom in History and The Great Crash Ahead: Strategies for a World Turned Upside Down – were bestsellers.

Other predictions by experts have cost more than mere money.

In 1939, Winston Churchill commented that, “Atomic energy might be as good as our present day explosives, but it is unlikely to produce anything very much more dangerous.” Six years later two atomic bombs finally ended World War II, destroying two Japanese cities and killing hundreds of thousands of civilians.

In April 1912. The Titanic, a ship that had been called unsinkable by Phillip Franklin, VP of the White Star Line, went to the bottom of the ocean after hitting an iceberg. Perhaps if the operator, captain, and crew had been less confident of its invincibility, the Titanic would have had enough serviceable lifeboats aboard to save at least some of the 1,517 people that died that night.

On a lighter note, let’s look at one of the biggest days in the UK’s sporting calendar: the Grand National.

It’s easy to bet on the wrong horse

Almost half the UK adult population place a bet on the Grand National, yet the only real winners are the bookies, who take in an estimated £300 million in bets. If all those betting slips were placed end to end, hey would stretch from Aintree to Las Vegas and back again.

Now, with years of experience behind them, and the form guides and inside knowledge to back up their predictions, you might expect the bookies would be pretty darned hot when it comes to predicting the winner. Yet the favourite rarely wins. In fact, since 1950, only seven of the 65 Grand National winners have been favourites.

So, let’s get this right: bookies, with a limited number of variables – weather and ground conditions – and all the pertinent information at their fingertips – how the horses have run previously, jockey records, weights, etc – only pick the winner around 10% of the time. And bookies only have a field of 39 horses from which to pick the winner.

Compare that to the job that property experts have. They have an almost never ending list of variables: they have the choice of dozens of counties, hundreds of towns, thousands of suburbs and villages, and millions of houses. What sane property investor would bet on a property expert’s predictions given those odds? 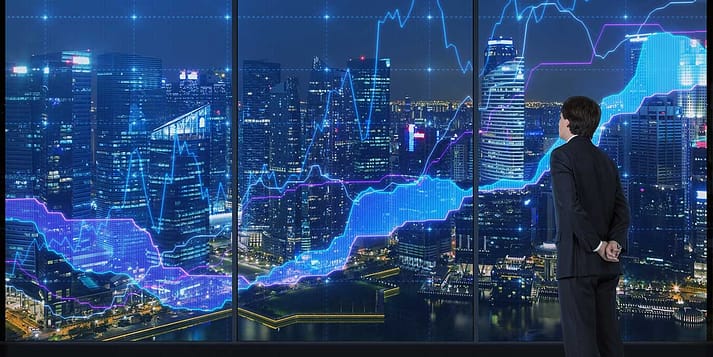 This has been the same throughout history, but the biggest stock collapse of all time – the 1929 Crash from which it took 25 years for stock prices to recover – was marked because it put an expert who has been called “the greatest economist the United States has ever produced” in neon lights for all the wrong reasons.

Less than three days before the Crash, Irving Fisher told the world that “stocks have reached what looks like a permanent high plateau.” He told bankers that “security values in most instances are not inflated.” He explained that stock prices had not caught up with their real values. Considered the greatest economist of his time, Fisher got the market drastically wrong.

In more modern times, the name of Warren Buffet is synonymous with stock market success. Yet he failed to see the impending subprime led market crash and the global financial crisis (GFC). Buffet is known as the Oracle of Omaha for his market ability, yet investors in Berkshire Hathaway, the company of which he is CEO and is staffed by a multitude of market experts, lost billions during the GFC.

Those experts that predicted the stock market crash of 2008 have built up a huge following, but there records since are pretty dire. Peter Schiff was ridiculed by other experts when he forecast the market stock market would collapse in 2008. Yet he was spectacularly right. Of a further 15 market predictions he made between 2006 and 2012, only three proved right. You’d have had a better result by tossing a coin.

If you look hard enough, you’ll be able to find predictions of impending stock market crashes, but these will be few and far between.

George Soros rocketed to fame and fortune as the guru who predicted the collapse of Sterling. In one day, 16th September 1992, Soros bet against the pound and made billions. His reputation as a financial expert was sealed. That didn’t stop him from losing hundreds of millions on a stake in Lehman Brothers that he bought shortly before the bank went bust: he didn’t predict that one.

Here are six big lessons that the history and record of all expert predictions teaches us:

1. Beware of experts with vested interests

Always consider who is making the prediction before accepting it at face value. In fact, with almost 100% accuracy, if you know a little bit about the expert before listening to the prediction you’ll be able to say what the prediction is going to be.

It’s when an expert with a vested interest does make an unexpected prediction that you really need to take notice. In the late 1990s, Tony Dye, a fund manager running one of the biggest funds at Phillips & Drew (later to become part of UBS), told all his clients that the stock market was overvalued and would soon crash. By 1999, Dye’s fund was the worst performing of all funds in his sector, and he had earned himself the nickname of ‘Dr Doom’. In February of 2000, a short while after the FTSE 100 had broken the 7,000 mark, Dye was sacked. Only a couple of weeks later, the stock market crashed, led lower by the high tech stocks about which Dye had been particularly vociferous. Within weeks the market had halved in value, and stagnated for three years.

2. Sensationalism sells. Be mindful of experts with publications soon to be released

Many experts (including property experts) make money from their predictions, but not by betting on what they forecast. They release books, websites, training packages, and so on, often at very high prices. These types of publication need a hook to get people to buy them.

Would you buy a book titled Why I Think the Stock Market will Grow at 5% a Year for the Next Ten Years? Isn't the title Dow About to Explode and Hit 36,000! more intriguing and exciting?

Big statements sell. Be careful of falling into that trap.

3. It’s easy to predict more rises in a rising market and more falls in a falling market

We humans like to be told we’re right. If the price of an asset is rising, and we have already bought that asset, we’re more likely to listen to an expert’s prediction and agree with it. It confirms our good sense and judgement, and we can tell our friends how clever we are, pointing to the expert forecast we just heard. The same goes for a market that is heading south: if we have sold, we’re happy to hear that the market is going lower.

This is really a warning against becoming too emotionally attached to a property investment. Take emotion out of the equation and you’ll make far better investment decisions.

4. Even insiders get it wrong sometimes

You would expect a person with deep inside knowledge to be on the ball, wouldn’t you? But even they get it wrong. They don’t allow for the unexpected, and fail to prepare and protect their investment. They are so convinced by their own infallibility that their judgement gets clouded, and before they know it, they’ve run into an iceberg. Always look for what might be lurking beneath the service.

This is a biggie. Only one or two predictions out of every ten made will be right. The problem is it’s hard to predict (pun intended) which ones are right, and if the next one will be part of a ‘lucky streak’. But with odds like that, it might be better simply to use a blindfold and a pin, or decide strategy on the flip of a coin. (I’m not actually suggesting you do this, by the way!)

6. Some expert predictions are simply made because of the weight of money

The weight of money going into a market tends to skew the view of experts.

Bookies are a case in point, but so too is Berkshire Hathaway’s miss on the subprime problem.

Now I’m not saying that Warren Buffet and his entire team of dozens of market experts never saw the subprime fiasco, housing bubble, or stock market collapse coming, but he’s wrong when he said that “no one did.” Some did, but can you imagine the devastation that would have been caused to Berkshire Hathaway and its funds and income if Buffet had said, “The market is overbought and is about to fall out of bed”?

When the big money is piling into commercial property, for example, it’s hard to say “the smart money should be moving into residential.”

Experts, like the mug punters who follow them, tend to stay where it is safest: and that's with the crowd.