Very easily, according to those figures produced by the Citizens Advice Bureau. Scams and property fraud cost British citizens billions of pounds every year.

To those who understand the types of schemes and the telltale signs of a scam, victims might be called ‘suckers’. However, what I see is a social system that fails to educate people in how scams work and how to avoid them.

Here are seven examples of possible property investment scams from around the world that have collectively cost investors at least £600 million − many of these investors from the UK.

Were they a Ponzi scheme, scam or bad business model? I'll let you decide.

If you need help telling the difference between the three slightly different forms of fraud download the full Property Fraud book here.

Colourful and personable, and a sponsor to football teams in Brazil and Italy, Anthony Armstrong Emery set up EcoHouse to raise international investment for low-cost housing in Brazil. He touted his development company as one of those with exclusive contracts to build 1.7 million units of subsidized housing under Brazil’s Minha Vida programme. Investors were promised a return of 20% per year.

In October 2014, Brazilian authorities announced they were investigating EcoHouse for crimes including fraud, money laundering, tax evasion, and conspiracy. Armstrong Emery’s company wasn’t even listed as a participant in the Minha Vida scheme.

EcoHouse had managed to sell investments in properties they didn’t own, and would never be able to build. The company was liquidated, along with every penny of investors’ money. In a January 2015 meeting of investors in the West Midlands, Armstrong Emery addressed the crowd – from an unknown location in the Middle East. He blamed everyone but himself for the problems, but couldn’t (or wouldn’t) give any clues as to when investors might see the return of any of their investment.

In comparison to the EcoHouse fraud, the Profitable Plots scam is small change. But try telling that to the investors who were duped with the promise of a 12.5% profit in only six months. Investors were tempted to buy bonds in a scheme called Boron Investment; but instead of being invested, the near £2 million raised was spent on repaying debts and six-month remuneration of £900,000 to the directors.

These directors, British-born Timothy Goldring and John Nordmann, were convicted on 18 charges of fraud.

North Dakota Developments was a subsidiary of Property Horizons, a UK-based property investment firm. Its website and associated marketing materials stated that its “focus is on producing superior housing solutions at an affordable price, thereby offering excellent returns for our investors.” Investors from around the world were offered the chance to invest in commercial and residential real estate projects in the Bakken Formation region. Investors would effectively buy a unit (share) in the development that had a guaranteed lease to oil workers in the area, and North Dakota Developments would then manage the property on behalf of the investor. The company never registered these shares with the appropriate authorities, but that wasn’t the worst part.

The investors, who had predominantly invested through website offerings, were offered a return of 59.4% over three years, guaranteed rental income, and a guaranteed buyback value of 110% of investment. Investors placed their funds into an escrow account as they waited for the development to complete and the investment to be made. These funds were continually drawn down, despite the development not proceeding to plan. In the UK, Property Horizons was shut down by the Financial Conduct Authority. 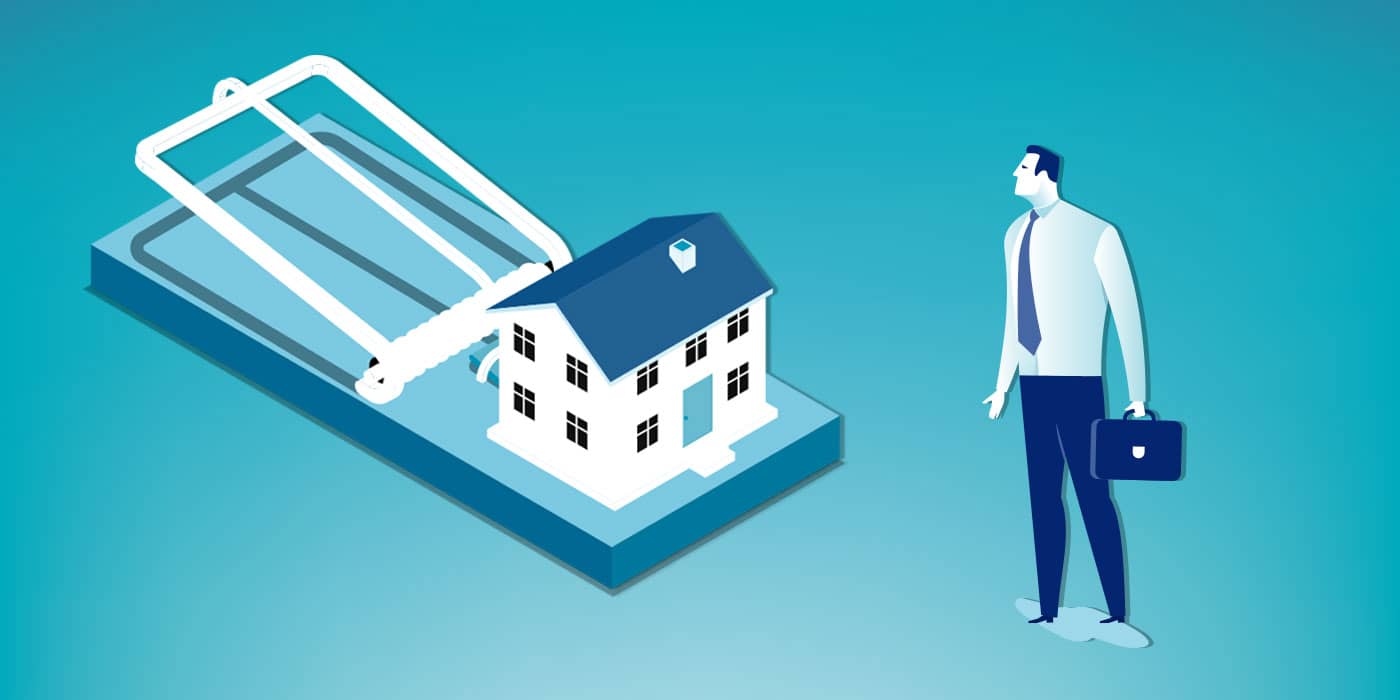 The Harlequin Property Company was founded with one purpose: to build 6,000 luxury properties in the Caribbean. For 3,000 UK investors, the opportunity was too good to turn down. Harlequin Properties’ promotional material was convincing. Sports stars such as Australian tennis legend Pat Cash and Republic of Ireland footballer Andy Townsend were used as advocates for the scheme, as was Liverpool Football Club. Fantastic returns were promised, and previous experiences in other successful developments were used as evidence of investment potential.

Some investors paid good money to own their new luxury holiday homes or investment properties with the potential to produce mind-boggling holiday rental income. The Essex-based company’s chairman, David Ames, has put the company HQ up for sale, and failed to turn up to court in St. Vincent to give evidence in case that has so far taken up five years of court time − and this isn’t a case brought by investors, this is a claim for work-related damages. The company has completed only 300 of the planned 6,000 properties, with Ames blaming the 2008 economic downturn for delays.

Harlequin filed for administration in April 2013, and the court proceedings, with investors desperately trying to recoup some of their money, drags on.

Far East students love coming to the UK to study. We have some of the world’s best universities, and the country’s diverse and eclectic population is welcoming to many cultures. So when Singaporean investors were offered the chance to invest in student accommodation, with guaranteed rental income of between 5% and 8% per year, 200 jumped at the chance. UK-based Key Home offered investment opportunities in a number of hotels and student hostel projects in various cities including London, Leicester, Birmingham, and Hull. Investors paid deposits of up to £40,000, believing the company would deliver on its promises and develop the student accommodation.

The developer has only completed two of the nine projects it started (refurbishments from old buildings), and investors who have ploughed their life savings into the scheme since 2011 are now left with nothing to show for their confidence in the ability of Key Home to deliver. Investors thought their deposits were safe; after all, they were insured. What investors weren’t told was that the deposit insurance meant nothing, as the insurer was unregulated and unrated Northern & Western Insurance.

Northern & Western has now gone into liquidation, so there’s no insurance money to make good on investors’ lost deposits.

When it comes to investing, you’d think you could trust a former Eton contemporary of Prince William. Especially one with the aim of renovating old properties and renting  them out as affordable homes. And, when the CEO of the company claims it is “one of the only safe investments available”, your ears might prick up a little further. And the 9% annual return and phenomenal growth promised is also likely to push you to make an investment.

The paragraph above describes Fresh Start and Empirical Property Group, a company run by Charles Cunningham and Andrew Camilleri. In 2013, Fresh Start was served a winding-up petition in Nottingham over a scheme that then had five unpaid county court judgements against it, totalling £31,400.

Across the country, Fresh Start and its parent, Empirical Property Group, left a trail of half-baked and half-finished developments. Those that were completed were plagued by breaches of safety standards and poor finishes.

Investors had been lured into student accommodation schemes, and paid millions in deposits to secure a foothold. Many schemes never even got off the ground, and at least one was sold to investors without Fresh Start owning a single brick of the property to be refurbished!

At other buildings, work was completed and rooms rented out to students – then Fresh Start kept all the rental income. Fresh Start was finally wound up in December 2013.

I indirectly lost £200k to Fresh Start by having to pay back investors and court  costs.  In the end, we won the case but the company had no assets!

Except, magically, about £18 million appeared in the accounts of the parent company, Empirical Property Group. Where did it come from??? We will probably never know.

Property fraudsters are able to use the Companies Act to siphon off money from one company to another. Of course, without detailed accounts and access to their bank it very hard to prove anything and it seems the authorities have bought their story and excuses.