A major distribution hub in the north-west, with a growing population

Runcorn is an industrial town and cargo port on the southern bank of the River Mersey where the estuary narrows to form Runcorn Gap. During the first half of the 20th century the industry of the town continued to be dominated by the historical trades of chemicals and tanning.

In 1926 four chemical companies merged to form Imperial Chemical Industries (ICI), Runcorn is just one of their worldwide sites.

During the second half of the 20th century, with the exception of chemicals, all of the old industries disappeared and there was diversification, mainly because of the close links to the motorway system and more recently the development of warehousing and distribution centres.

In 1961 the Transporter Bridge was replaced by Runcorn Road Bridge (since named the Silver Jubilee Bridge) which allowed a more efficient means of road traffic across the river.

The designation of Runcorn as a new town in 1964 brought major changes and more than doubled its population.

Much of the architecture of the new town was innovative, especially the Southgate development designed by Sir James Stirling and built between 1970 and 1977. This continued to draw people to the town and the population burgeoned. In 2011 Halton’s population was recorded to be 127,500, with Runcorn alone being 70,000.

Property prices in Runcorn are below the national and regional averages. The majority of sales during the last year were semi-detached properties, selling for an average price of £120,751. Terraced properties sold for an average of £77,104, with detached properties fetching £195,059.Runcorn railway station is on a branch of the West Coast Main Line. It provides frequent services to London Euston station in under two hours, central Liverpool in less than twenty minutes and Birmingham in under an hour and a quarter. In addition, Runcorn East to Manchester Piccadilly takes just 43 minutes.

The Manchester Ship Canal runs alongside the Runcorn bank of the River Mersey, the Bridgewater Canal terminates in the canal basin in the town centre, as the staircase of locks leading down to the ship canal was filled in many decades ago. The older industries, particularly the remaining chemical factories, are concentrated to the southwest of the town bordering the Mersey, while newer industries, including warehousing, are to the north-east and south-east.

That means Runcorn property investment is right for you if you're looking to invest in a major town.

Warehousing, distribution and the service sector are a major part of Runcorn’s economy.

There has been a significant shift in employment from manufacturing to service industries in recent years.

In July 2015, Marks & Spencer announced they are opening a new call centre in Runcorn which will create 380 new jobs.

ICI is one of the longest established companies in the area. They use a site in Runcorn to manufacture chlorine and sodium hydroxide (caustic soda). For many years it was known as ICI Mond Division but later became part of the ICI Chemicals and Polymers Division.

The Runcorn site was also responsible for the development of the HiGEE and Spinning Disc Reactor concepts. These were originated by Professor Colin Ramshaw and led to the concept of Process Intensification. Research into these novel technologies is now being pursued by the Process Intensification Group at Newcastle University.

The £431 million Mersey Gateway bridge is under construction.

The Mersey Gateway is a new six-lane road bridge across the River Mersey and the Manchester Ship Canal. It began construction in May 2014 and is due for completion in Autumn 2017.

The bridge will be located just under a mile to the east of the existing Silver Jubilee Bridge that connects the towns of Widnes and Runcorn. It will connect the Central Expressway in Runcorn with the Eastern Bypass and Speke Road in Widnes.

Merseylink Consortium said the project will create the equivalent of 470 full-time jobs. The budget for the total cost of construction and 30-year operating and maintenance of the project is close to £2 billion.

Discount store giant BM Retail is creating 250 new jobs at a new warehouse in Manor Park, Runcorn. The chain is one of the fastest growing retailers in the UK with 444 stores. The Speke-based firm is now hiring transport and warehouse staff for the new distribution centre which opens in July. A further 250 employees will be recruited at a new operation in Middlewich in September.

That means Runcorn property investment is ideal if you're looking for a regeneration area for your portfolio.

Bus: The busway is a system of roads for use by buses only, and bares no resemblance to guided busways or bus lanes in use elsewhere, as it is a totally separate road system, not running alongside or down the middle of existing roads. Bus services are provided by Halton Transport and Arriva. National Express coaches also call at Runcorn, other coach services are provided by Selwyns Travel and Anthony’s Travel, who are both based in the town.

Cycle: There is a network of dedicated cycleways in the town.

Runcorn has 29 primary schools and 5 secondary schools in the town, there is a nursery school at The Grange and a special school.

The Heath School is a co-ed secondary school with academy status. It converted to academy status in September 2012 and was previously a community school administered by Halton Borough Council. The school continues to coordinate with the council for admissions, it offers GCSEs, A-levels and BTECs as programmes of study for pupils.

Two institutions, Halton College and Runcorn Sixth Form College, merged in 2006 to form Riverside College which is the nearest HE establishment. There are also seven university campuses in nearby Liverpool and Warrington and a further sixteen university and college campuses in Manchester.

Shopping: Runcorn Shopping Centre has around 60 stores, it is filled with recognisable brands. Have a quick bite to eat, indulge in some retail therapy or grab some of those important essentials.

Entertainment: The Brindley theatre and arts centre is a very popular small venue that hosts many great acts. It has a diverse packed programme of events throughout the year with entertainment from comedians to bands and shows. It draws people back time and time again for its excellent staging. It also has a superb café, that receives rave reviews about its food.

Green Space: Wigg island is an excellent nature reserve overlooking the river Mersey. It has many hides to look through to see the birds, a lovely lake with lots of ducks and swans, and plenty of picnic tables. It also has a small visitor centre with refreshments and it is an excellent place to watch the fireworks on bonfire night. It is also popular with families, for walks with the dog and the kids who can play in the dens and there are little wood carvings dotted around. The major landmark in the town is Halton Castle on the top of Halton Hill. Only ruins of the castle exist, but there are widespread views from the top of the hill. The interior of the castle grounds is open at advertised times. 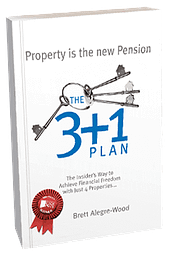