The US Is In A Recession, But The White House Downplays Its Seriousness—Why?

After posting the strongest gains that haven’t been seen since 1984 in 2021, the U.S. economy abruptly slowed. Worried murmurs began picking up after a negative gross domestic product (GDP) growth of 1.6%, posted in the first quarter of 2022.

But worse news would follow. Last Thursday, 28 July 2022, the commerce department declared that the GDP had decreased again in the second quarter by a 0.9% rate. That makes it two negative GDP growth in the first half of 2022, which, technically, means that the US is in recession.

But really, is the US Economy in a recession? 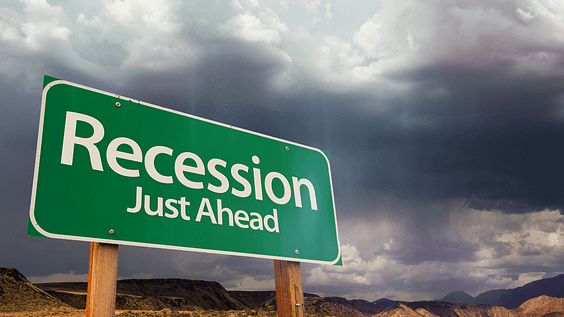 The US Economy In 2022: The Cause Of Negative GDP Growth

How do we know if a country is in a recession? Who makes that decision? In the US, it is the National Bureau of Economic Research (NBER) that officially declares that the economy is undergoing a recession.

NBER defines a recession as “a significant decline in economic activity that is spread across the economy and lasts more than a few months”.

Based on that definition, the NBER does not quickly decide if the US economy is in recession. It first studies the markets closely and all the factors surrounding the US economy's financial stability before deciding whether to make an official announcement.

But this second straight negative GDP rating cannot be dismissed out of hand.

However, no official announcement has been made yet.

The US Federal Reserve and the White House administration would undoubtedly not want the public to react negatively to such forceful news.

So, they may prefer that the recession is not made official and instead point out that there’s more to the situation than just negative GDP, which is more complex than the media and economic experts say.

What Caused The Negative GDP Growth? What Were The Mitigating Factors That  Led To This Recession?

One thing that the White House and the economists and market experts who observed the slowdown agree on is that the recession was caused by the convergence of various causes.

There was a snowballing of past activities: those that initially benefited the economy and incidences or events that impacted it negatively. These include decreased federal, state, and local government spending, investments (domestic and foreign), consumer spending, and inflation, among others.

Consumer spending, for example, increased only 1% in the first half of 2022, while inflation increased in the same period. Spending on nondurable goods decreased 5.5%; on durable goods, spending dropped 2.6%.

Supply chain and inventories had helped post positive gains in 2021 but have dragged down GDP in 2022. Outside factors like China’s Covid-19 shutdown measures and Russia’s invasion of Ukraine only worsened the economy’s growth.

And if these factors were not bad enough, it turns out that the Federal Reserve had made two crucial blunders over the last 12 months.

First, holding interest rates artificially low and conducting qualitative easing while the inflation had grown to more than 7% (and now running over 9%!).

Second, the US Federal Reserve has turned around and started interest rates aggressively as the US economy enters a recession.

While the Federal Reserve is simply trying to fix the problem and do the right thing, there is no denying that the US economy is experiencing two issues: it’s entering into a recession and experiencing its highest inflation rate in 40 years.

Gaslighting A Nation: Why Is The White House Making Light Of The US Recession?

The weird thing now is that the White House and the Democrats are making light of the recession and stating broadly that the US economy will be fine and there’s nothing to worry about.

Treasury Secretary Janet Yellen conceded that Americans are fundamentally concerned about inflation, not the back-and-forth between Democrats and Republicans, to be too worried about whether the economy has slipped into a recession based on GDP reports.

She and others in the White House say that the NBER looks not only at the GDP to determine recession, thus may not decide on making the official announcement as of yet.

The media, economy experts, and pundits like Anthony Pompliano are truly perplexed as to the downplaying of the recession. Pompliano asks: “Why would the White House publish a blog post claiming that a recession is not what we have been told it is?”

Instead, the White House and the Democrats are pushing bills that they believe will help combat the rising inflation and focusing their attention on getting it passed rather than on the recession.

Their fellows on the Republican side are struggling to reach them, including the administration working to convince them to turn their attention to the seriousness of the recession.

What Happens Now? The Recession’s Effects On The US And Global Economy

Because the NBER hasn’t announced that there is a recession, the White House is taking the stand that despite the negative GDP numbers, the US economy is doing well.

Instead of facing the problem of the recession and looking for solutions to mend the economy, the White House and the Democrats are setting their sights on the coming midterm elections on the 8th of November 2022.

Because of this, they’ve become an irresistible target for critique. US Representative Kevin Brady of Texas, a top Republican ranking member of the House Ways and Means Committee, said: “It’s too bad the White House doesn’t have a vaccine for denial.”

“The question isn’t if we have a recession. The question is how harsh and how long it will be. It’s their denial of inflation and the worker shortage and other misalignments in the economy that is the reason why Americans are suffering so badly right now.”

The White House and the Democrats are downplaying their woes—two consecutive negative GDP growth numbers in the first half of 2022, a growing American public that believes the US is already in recession, inflation well over 9% (and likely higher than the official numbers), and President Biden’s very, very low approval ratings.

How will the recession in the US affect other countries like the UK? For now, the Bank of England is focused on its own internal concerns over rising UK inflation and designing solutions that may combat its effects and mitigate its length of stay.

The Public: That’s Who Will Be Carrying The Burden of The US Recession

Treasury Secretary Yellen and Federal Reserve Chairman Jerome Powell have been coy when asked about the recession and how long it will be.

Both didn’t believe that the US economy is in recession, with Powell stating that the interest rate hikes are intended to help slow down the economy without shutting it down. 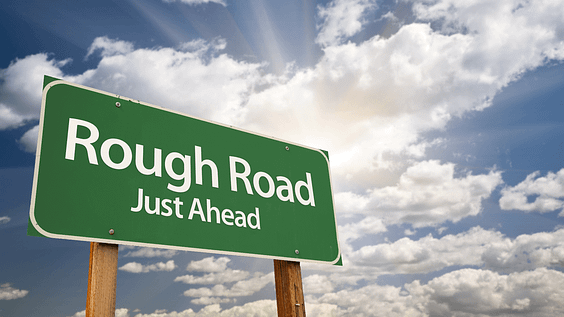 But the reality is that the US government has to accept that its economy is now in recession, regardless of what anyone says, and has to move forward with possible solutions.

Because ultimately, it is a trusting and deliberately misled and misinformed public that will bear the brunt of this crisis.

What can anyone do? For now, Americans can only optimise their cash flow and simply survive the next six to twelve months with what they have and persevere as best they can. Really, they just have to buckle down and get ready for a bumpy ride.

The Cultural Heart of Birmingham, Southside’s Regeneration Is Turning It Into A Surging New Build Property Investments Hotspot

The Cultural Heart of Birmingham, Southside’s Regeneration Is Turning It Into A Surging New Build Property Investments Hotspot

Bank of England Raises Interest Rates To 1.75% — What Action Should Property Investors Take In The Coming Months?

Bank of England Raises Interest Rates To 1.75% — What Action Should Property Investors Take In The Coming Months?